National Cinema Day came as a boon for bollywood as the sale of movie tickets was on a record high. Taking lessons from the same, makers of the upcoming films like Vikram Vedha are opting for an affordable pricing strategy which did wonders for Brahmastra.

National Cinema Day came as a boon for bollywood as the sale of movie tickets was on a record high. Taking lesson from the same, upcoming films like Vikram Vedha is opting for an affordable pricing strategy which did wonders for Brahmastra. On Sunday, makers of Brahmastra also announced that they were re-adjusting ticket prices for their film.

Vikram Vedha is set to release on September 30. Brahmastra recieved the greatest benefit of National Cinema Day as it earned rupees 10.80 crore on the day, selling ahead of 15 lakh tickets, one of the greatest numbers ever for a Hindi film in non opening weekend. Many shows of the film, including late evening and early morning ones, were totally sold out.

Producers of Hrithik Roshan and Saif Ali Khan-starrer Vikram Vedha have likewise reported a change in ticket costs as the film will be released soon. A statement read, “The producers of the film Reliance Entertainment have opted for an affordable pricing strategy, hoping to make Vikram Vedha a budget friendly movie watching experience for the masses." The statement did not clarify how the tickets would be priced but added that “the pricing strategy will be more affordable than that of Blockbuster films released post pandemic".

Interestingly, Vikram Vedha is an official remake of 2017’s Tamil hit, Vikram Vedha. It had R Madhavan and Vijay Sethupathi‘s face-off and was no less than a treat for viewers.

As per some reports, the budget of the Vikram Vedha remake is said to be really very high, at around 175 crores.

Vikram Vedha is scheduled to launch throughout 4000+ screens throughout India. Keeping the huge launch in thoughts, the pricing technique can be extra reasonably priced than that of Blockbuster movies launched post-pandemic.

Recently, Film trade analyst Taran Adarsh shared a post on Twitter highlighting the importance of affordable movie tickets, which read, "The tremendous response on #NationalCinemaDay2022 should act as an eye-opener for Studios / distributors / exhibitors and the film fraternity in general about the importance of affordable ticket rates... IT'S HIGH TIME WE SLASH TICKET PRICES TO INCREASE FOOTFALLS."

The tremendous response on #NationalCinemaDay2022 should act as an eye-opener for Studios / distributors / exhibitors and the film fraternity in general about the importance of *affordable ticket rates*... IT'S HIGH TIME WE SLASH TICKET PRICES TO INCREASE FOOTFALLS. pic.twitter.com/ZbycVqKmJp

Why Q2 GDP estimates must be interpreted with care

Mint Explainer: How the world of cryptos unravelled

National Cinema Day was to be observed on September 16 however at that point it was delayed to September 23. On this day, the ticket rates in all theaters (with few exemptions) the nation over were evaluated at 75 rupees. The rate was just for the 2D and ordinary 3D adaptations. IMAX 3D and 4D variants have been estimated in the scope of 150-200 rupees which is extraordinary. 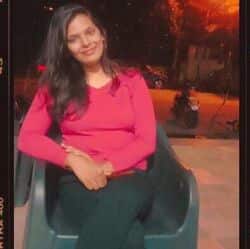 I create real art through my articles.
Read more from this author
Catch all the Industry News, Banking News and Updates on Live Mint. Download The Mint News App to get Daily Market Updates.
More Less
OPEN IN APP