When the Indian economy begins it’s recovery after the pandemic, there should be a big push to move away from fossil fuels

Last week, we looked at how a high carbon economic recovery can derail the fight against climate change. And yet, for India and other countries, the economic crisis brought about by covid-19 might present a unique opportunity to reinvent the wheel.

One of the key areas for a rethink would be the dependence on fossil fuels, in part to protect citizens from the health risks of environmental pollution. Covid-19 has been known to exacerbate existing respiratory and other health conditions. In fact, one study has said the covid-19 death toll in China could have been higher had there been normal levels of air pollution in February (this was a time when China’s economic activity had been put on hold).

According to a new report from the International Institute for Sustainable Development’s (IISD’s) Global Subsidies Initiative and the Council on Energy, Environment and Water (Ceew), Mapping India’s Energy Subsidies 2020, 56% of India’s energy comes from coal, while another 36% comes from oil and gas. A mere 3% comes from renewable energy. Coal and oil and gas also receive combined subsidies to the tune of ₹83,225 crore. The study, which was released on 16 April, urges the Union government to use the crisis to calibrate wasteful subsidies and target investment towards renewable projects, to expand links to transmission grids and enhance storage capacities. It also looks at the social cost of using fossil fuels, with the increase in premature mortality, air and water pollution and the stress on a burdened healthcare system.

This is in line with similar recommendations internationally. On 14 April, 180 European CEOs, politicians and lawmakers released a joint letter asking for green investment to restart growth after the pandemic, while focusing on climate change and promoting biodiversity. In a joint communiqué on 15 April, G20 finance ministers also committed to an environmentally sustainable economic recovery. It’s clear then that the pandemic has given us a chance. Now is the time to find the political courage to seize it.

Follow the column with #MintClimateTracker. Scan the QR code to listen to the first season of the Mint Climate Change Tracker podcast. 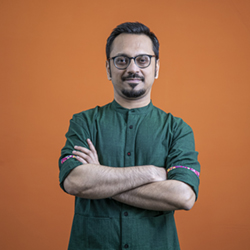