Are you watching the women’s world cup?

Football has historically barred women from the sport, but nothing can stop them from scoring

You’d have missed it, lost as it was amid the build-up to the Champions League final and the latest sordid Fifa-linked revelation. India’s television broadcasters, who own the rights to every conceivable global tournament in every top sport, have given it a miss. Yet the women’s world cup in football, currently being held in Canada, seems to have taken this in its stride; the story of women’s football, even at the highest levels, is a story of talent and enthusiasm dodging the lunging tackles of discrimination and bias—often by male administrators protecting their turf—at every turn. 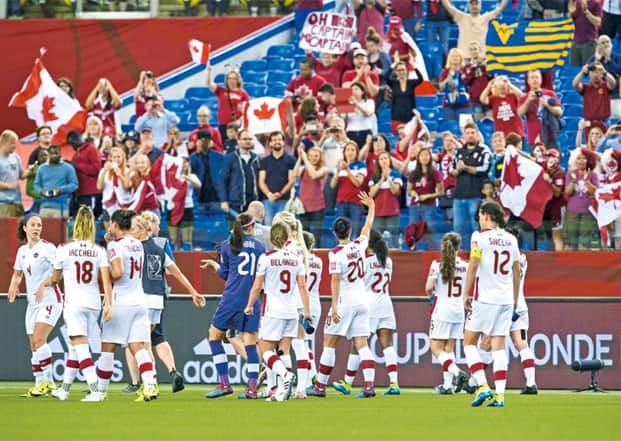 Ironically, the country with the best world cup record is the US, where the game is little more than three decades old. The sport’s birth and growth there can be put down to two causes. The first, in 1972, was Title IX, formally called Title IX of the Education Amendments of 1972; this was a federal ruling mandating gender equity in sports opportunities for colleges receiving federal funding. What this meant was that most US colleges had to rejig their sports budgets to ensure parity and, though this meant a cut in funding for male sports, it was suddenly a bonanza for the girls. 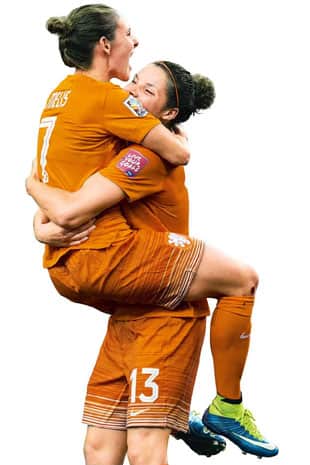 Title IX was backed up by results on the field. The US won the first world cup in 1991, but that event in faraway China caused barely a ripple back home. Five years later they won the gold medal at the first women’s football event in the Atlanta Olympics. They drew crowds at all their matches and the final, in Athens, Georgia, was in front of more than 75,000 people. That was an appetizer for the 1999 World Cup, held in the US, which showed how a bit of flexibility and smart thinking could lift the game. For example, encouraged by the high turnout at the Olympic matches, the world cup organizers took the tournament beyond the Eastern seaboard cluster with its smaller stadiums and into the giant arenas of the Midwest and California. Cleverly done TV ads went viral, and talk show hosts loved the down-to-earth, humble and humorous players (it helped that they were extremely telegenic) who, especially Mia Hamm and Brandi Chastain, became stars in their own right.

All that was needed was for them to win the cup. Which they did, after a penalty shootout, in front of 90,000 fans and then president Bill Clinton. Cue madness, including Chastain whipping off her shirt in celebration. That final had 17.9 million TV viewers in the US—a record for any football match involving any team, broken only during the 2014 men’s World Cup. The players featured on every magazine cover, and swept the sports awards at the year-end. Hamm, though, put things in perspective: “We have the responsibility of having women’s sports succeed. We all know that men’s sports are expected to succeed. We all know people expect us to fail."

You’d think things would be easier in Brazil, where football is the national obsession. It’s far worse. From 1941-79 women were actually barred by law from playing football—or rugby, water polo, baseball—even for fun. The official reason was that playing these sports could adversely affect women’s reproductive health; the unspoken reason was that these activities were seen as too un-feminine in a male-dominated society that liked its women fitting a certain type.

The end of the military dictatorship and the growing feminist movement ensured the repeal of the law and opened football to all, but the effects of those lost decades are still felt. Women’s football is controlled by the same federation that runs the men’s game and it is clearly the junior partner. There have been several stars, most notably the free-scoring Marta, but the players live and work in unimaginably poor conditions. Players of Santos, the top club that Pelé represented for most of his career, have often had to wear men’s team jerseys and have had to make do with leftovers and cold food at the club canteen because the two sexes cannot be in the same place at the same time. Think Chak De! India, add several layers of sexism and chauvinism, and you’ll have some idea of what Brazilian women footballers go through.

How to make denim in licence raj

How innovation in science, technology can pave the way ...

India is among fastest-growing major economies in world ...

England? Same story. Women’s teams were popular at the start of the 20th century and really took off during and after World War I, routinely drawing crowds of up to 20,000. The war opened up factory vacancies that the women filled; those women then started recreational clubs—exactly as the men had, several decades before—and took to football. Perhaps the most famous team was Dick, Kerr Ladies, employees of an eponymous munitions manufacturing firm. The team, started in 1917, became the hottest sporting ticket in England, gifting to charity the considerable gate money they raked in. The problem arose when the men’s leagues restarted and felt their popularity was under serious threat. In December 1921 the inevitable happened: the English Football Association, citing allegations of financial impropriety by the Dick, Kerr Ladies management, barred its member clubs from hosting women’s matches. Since that covered just about every ground in the country, it was effectively a blanket ban.

Attitudes in the UK barely progressed in the next few decades. As recently as 1962, the Welsh Football Association barred a women’s game, saying “football is a man’s game and there is no place for lady players." The Women’s Football Association was formed in 1969, and, though the club scene is well organized, England’s women have yet to reach a world cup semi-final (even the men have done that). 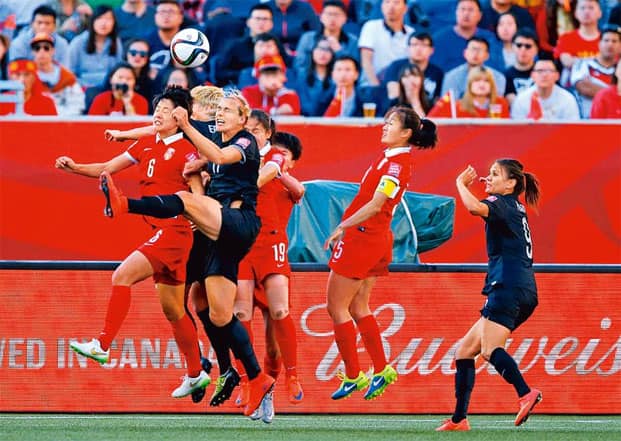 The grass ceiling is being broken, the women are heading for goal. And if the men stand in their way, they’ll simply bend the ball past them.