Do great sportsmen have any obligation to be anything other than the most skilful players of their time?

Forty years ago, Vivian Richards burst on to the scene, a swaggering, staggering talent with a barrel-shaped chest, hooked nose and blockbuster forearms. He had been around for a while and had five Test centuries to his name as well as a stellar performance in the previous year’s World Cup final, but it was on this tour of England that he took the first step towards greatness.

As the film Fire In Babylon shows, the West Indies made this tour a grudge mission, after England’s captain Tony Greig said his team would make them “grovel". That word, with all its racist connotations, and coming from a man with his roots in apartheid South Africa, was all the West Indies needed. Over the next couple of months, they unleashed their full might to steamroll the opposition; many stars were born—a four-man pace battery, devastating batsmen and the colossal captain Clive Lloyd—but Richards was the brightest of them. 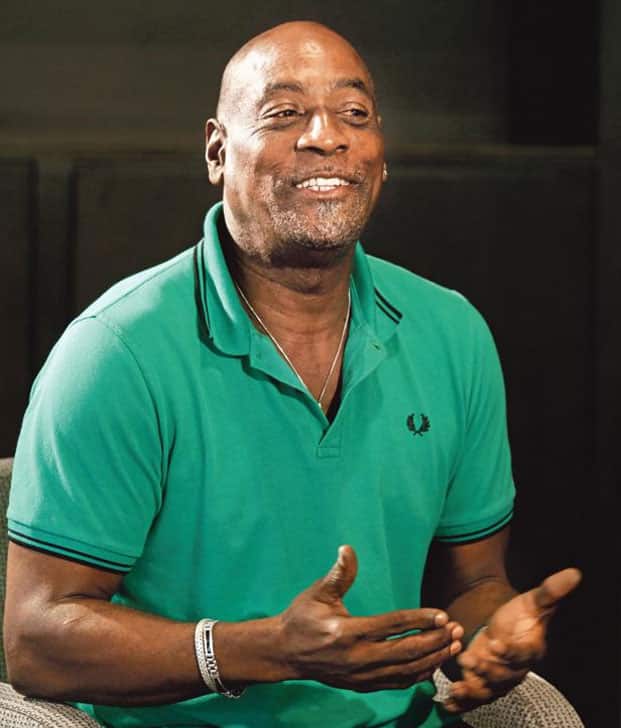 What Richards and his teammates did for the West Indians, both in the Caribbean and the immigrants in the UK, Muhammad Ali did for black Americans. Richards was too laconic to indulge in the razor-sharp, provocative rap that Ali made his style; he, instead, used the killer stare and the ultimate statement of defiance—batting without a helmet against the fastest of bowlers. What these two sportsmen did was put themselves out there, take a stand, draw a line in the sand and say, “This is who I am, this is what I believe in". Both sought to defy common conventions and conscriptions of who they should be: Ali, the black boxer performing for rich, white men; Richards and his teammates the stereotype of those lovable Calypso cricketers.

That the West Indies could win a fan following across the world, become everyone’s second favourite team and, largely, hold that position despite their openly hostile style of bowling (and years after their winning ways ended), says something about what they meant to us. The reactions to Ali’s death in every corner of the world, and across gender, class and race divides, shows his place among so many different kinds of people. That’s partly why he was the Greatest.

Today, we are lucky to witness some all-time sporting greats in action. The past decade of tennis has given us Roger Federer, Rafael Nadal and Novak Djokovic, and, in football, Lionel Messi and Cristiano Ronaldo. Federer and Messi comfortably take their place alongside the greatest of their sport, but do they inspire in us anything more than awe at their talent? Can Federer rise above himself and his white monogrammed outfit and use his considerable stature to speak about global issues—as Djokovic has done about the European refugee crisis? Messi’s genius with a football is inversely proportionate to his off-the-ball skills; Diego Maradona, his former Argentina coach, was not far off the mark when he said Messi was a great person but had no personality. Anyone who has seen him at a press conference, or interviewed him, will testify to that.

Of course Federer and Messi don’t have any obligation to be anything other than the most skilful players of their time. Nor, indeed, did Sachin Tendulkar, though perhaps accepting a seat in the Rajya Sabha did place some larger moral responsibility on his shoulders. They have given us joy in watching them play; that’s what they do best, that’s what we pay to watch. And not all of them will have the personality of an Ali, a prizefighter who used his jibes as jabs. But these are public figures, influencers; what they say carries weight, helps shape public discourse.

What that leaves us with is a dearth of role models in the sports world, especially in India. Our top sportsmen have, over the past decade or so, shown millions of children that sport is a viable career option, but not that being a superstar comes with corporate social responsibility. Thankfully, Virat Kohli has shown he’s more than a mass of muscle by standing by actor Anushka Sharma even after they were believed to have split up. Maybe the game has changed, though; maybe it’s no longer the sportsmen who can inspire but the sportswomen. They have glass ceilings to break, barriers to push through, points to prove. Their world is expanding, as is that of their fans. Yes, the likes of Sushil Kumar and Shiva Thapa have struggled; it’s a long, hard slog for every sportsman to get to the top, even when you have your own private shooting range. But it’s different for girls; the paths of Saina Nehwal and Deepika Kumari, of Mary Kom and Rani Rampal, are strewn with those extra hurdles and potholes that make their journeys all the more remarkable, and, on that account alone, more inspiring.

Muharram processions: These roads will be closed for ve ...

That summer 40 years ago, my first “sporting" summer ended with the Montreal Olympics. Those Games were most famous for Nadia Comaneci and the first perfect score in gymnastics, a feat so astoundingly remarkable that the computer couldn’t recognize the 10 and gave her 1.

In less than two months’ time, India’s top athletes will head to Rio for the Games of the XXXI Olympiad, as the 2016 Summer Olympics are officially known. Among them will be Dipa Karmakar, the first Indian woman gymnast to ever compete in the Olympics. She will be flying the flag for Tripura, for the North-East, for her gender, for the cause of Indian gymnastics. Most of all, though, she will be flying the flag for herself and for every twist and somersault she executes while carrying out the Produnova vault. It’s her move of choice, one attempted by only a few of her peers and one that, if it goes wrong, could severely damage her spine.

It’s as much an act of bravery as batting without a helmet or, indeed, throwing one’s Olympic medal into the river or refusing the draft. By simply doing their thing, Karmakar and her sisters shine the light for all of us.