In April, when sisters Sunitha, Mariamma and Soumya Thomas started their online business of selling handcrafted dresses for girls, they found they could not afford the cost of designing and hosting a website. So they decided to go in a different direction—they created a Facebook page for their shop called Little Women, hosted pictures of the products and sold their products through their networks as well as those of their friends.

“On a website, we would have had to invest a lot and figure out how to build traffic, which a small start-up like us couldn’t afford," says Soumya, who is based in Bangalore, “but on Facebook we already have a network which we can use. All we need to do is share our products with them." Four months down the line, they have had more than 120 orders.

Will raising my mutual fund SIPs by 15% every year help ... 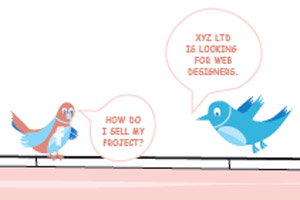 Whether you’re selling a physical product, like the Thomases, or your skills as a freelancer, knowing how to use social media, particularly Facebook and Twitter, is now an essential skill.

Considering that 63.50% of Internet users in India are on Facebook, making it the largest social network in the country, according to real-time statistics researcher Socialbakers, this could be a good time to be a freelancer or an entrepreneur on social networks. Here are some useful tips to build your presence across LinkedIn, Twitter and Facebook:

Working as a freelancer requires you to be good at what you do, right? Then why not tell that to people on your social networks? If you are a photographer, write blog posts explaining how your followers can improve their photography, and post your own photos. If you’re a Web designer, share tips that anyone can follow to improve their websites. Retweet and share good content, and answer questions on LinkedIn.

“This way, you position yourself as an expert in the domain and generate leads or business," says Aditya Gupta, co-founder of Hyderabad-based Socialsamosa.com, a social media consultancy. “Once you are known as an expert in a field, people start sending leads your way," he says.

Mega cluster of mangoes approved by Centre in Lucknow, ...

Talk about your projects

If you put all your projects on a page or a resume, you’re the only person who knows about them. Social networks aren’t like blogs—you don’t just talk about a project once. Post regularly about the work you do, several times every day. Vishwaraj Mohan, who in December 2010 opened a restaurant-bar featuring live music in Bangalore called CounterCulture, uses the pub’s Facebook page to connect to musicians who will come and perform there. “I do a minimum of five posts a day which include details of shows, our food, media coverage, pictures, videos and such," says Mohan. More than five times a day starts to feel like spam, but updating up to four times a day is a good idea.

Clean up your mugshot

Is your mugshot the same bearded or sloppy photo which you took early Sunday morning with your laptop? Change it. The mugshot is small but says a lot about you to someone who checks out your profile or timeline on any social network. Your personality, and even the kind of work you might be doing, is formed from that mugshot, so keep it clean and professional. Facebook and Twitter both offer backgrounds in which you can put images to show your personality to the world.

Most of the social networks give options on more than one picture to tell the world about you. Use this well. Use the small mugshot with a clear photo of you as personalisation always helps and use the background space to create a careful collage of your brand’s personality.

Like LinkedIn, Facebook has groups which has the people you may want to network with. Want to sell your art? Join some city-specific art groups. You will find artists and buyers in such a group. Little Women got a lot many orders because Soumya stumbled upon a Facebook group called Chennai Shopping. “It’s a very active group run by a bunch of women who give honest feedback to a seller. It has both buyers and sellers, making it a market," she says.

Bangalore-based Ruche M. Mittal, a graphic designer, started a group for women entrepreneurs on Facebook. Called Her Entrepreneurial Network, or HEN, the group has seen active postings of jobs, business suggestions and connections and even media exposure for a lot of members. Media Movements is a well- known media industry group on Facebook.

As a freelancer, you already know the companies and people you want to work with. Follow them on Twitter and add them on Facebook, not just LinkedIn. Mumbai-based Anuya Jakatdar, a freelance writer and social media consultant, got a chance to work on a Vidhu Vinod Chopra film commercial when she tweeted that she was looking for work a few months ago. “I got a reply from one of the associate directors and ended up doing the project," she says. She feels that freelancers should get into conversations with people who are in the industry they want to break into. “Tweet and ask for work and keep an eye out for tweets which are looking for work, of which there are many," she suggests.

You need to reach out to people and make contacts that can lead to projects, but if you’re a holier-than-thou know-it-all, people will avoid you on social media. If you’re connected to people on a social networking site, they’re going to hear from you, a lot, and this requires you to have a personality that reaches out.

“You need to figure out your core strength and use that to build up your profile on social networks," says Vijayendra Mohanty, blogger and comic book author. Mohanty joined Twitter in 2003 and has been punning and cracking PJs and jokes for nearly a decade now. “Some people like it, some don’t. But I have a personality on Twitter because of my bad jokes." This means that he has lots of regular followers, who look forward to his jokes, and also end up reading updates about his books, and getting links to Flipkart and other online sellers with deals on his books.

Use the search button

Twitter’s advanced search for people or tweets can help find the right people and companies you need to follow to get posts of freelance projects in your industry, be it Web designing, coding, graphic designing, writing or editing projects. Once you locate the right people and companies, connect on your own and ask them if they have any openings. “I often see a bunch of people tweet requests like ‘Looking for a wedding photographer, please RT’ or ‘Looking for a Project manager for a digital agency #jobs #hire’," says Gupta, “Just respond to them and you have got yourself a lead."

Everything you post on social networks is public. Period. Twitter says it upfront, Facebook makes you believe that things you post, might be private, but don’t be fooled—everything can be shared. And nothing, and we mean nothing, is ever deleted. Once tweeted or updated, what you say will forever be in your online imprint. It can appear on your Timeline, and can be searched by third-party search engines even if it is deleted. So if you think you cannot say it standing in the middle of a busy cross-road, keep it to yourself. You wouldn’t stand up in your office cubicle and shout out that you got stuffed and barfed in the night, would you now?