Home / News / Business Of Life /  New-age hiring
Back
Share Via

Interviews are no longer restricted to traditional meetings. You can be hired on WhatsApp, Facebook, or even in the Metro

Instead of the standard A4 sheets, Bengaluru’s Sumukh Mehta sent a 20-page glossy as his “bespoke" résumé for a six-month internship at the London office of GQ, a men’s lifestyle magazine. From photoshoots in GQ style to an entire page dedicated to “Why GQ?", the résumé was inspired by the magazine itself.

And it worked. The British edition of GQ hired the 21-year-old within three weeks—without interviewing him.

“We are constantly inundated with requests for internships, and we offer as many as we can; however, it always helps to try and attract as much attention to yourself as possible. And while I don’t advocate unnecessary stunts, a well-produced piece of content—book, magazine, video, Instagram, etc.—will always be taken seriously," says Dylan Jones, editor of the British GQ, on email.

“I really wanted to work with GQ, but since the magazine wasn’t looking for interns, I had to catch their attention, especially since I could not secure an in-person meeting (owing to the distance)," says Mehta, who is waiting for his visa.

It’s not just millennials like Mehta who are trying to stand out from the crowd; brand managers and recruiters too are racking their brains to find the best way to catch people’s attention. Whether it’s using WhatsApp, Facebook or Twitter, the new-age recruitment process is becoming all about engagement, in style.

Social media has become a big part of our lives, says Ankur Tandon, marketing manager (India) at e-recruiting company CareerBuilder. “So it’s a good idea for companies to reach out to millennials through this medium."

Be it Wipro or IBM, the State Bank of India or Decathlon, companies across sectors have created social media pages to attract potential talent. According to a spokesperson for consumer goods firm Hindustan Unilever Ltd (HUL), which has 130,000 followers on its Facebook career page, potential employees aren’t looking for one-way communication and updates about the company. They want to engage with the firm, express their views and learn something about the organization as they go along. “In fact, not everyone who is following a company or its career page is actively looking for a job. They may want more information about one of the brands, be interested in the overall industry or simply be window-shopping (looking passively for opportunities). Communication that allows an honest two-way conversation seems to engage talent well," says the spokesperson, who did not want to be named.

World Bank not in a position to interpret Indus Waters ...

As Pathaan crosses ₹600cr Shah Rukh gets praise from P ...

The aim of the social media recruitment effort is to establish a company as the employer of choice. Companies share their policies and benefits, and offer glimpses of the work culture to show potential employees what they can gain from this employment, says Tandon, adding: “Companies also use social media to scan through the profiles of prospective candidates and filter them on the basis of their social media behaviour. Also, this medium is cheaper (than traditional newspaper adverts)."

It’s a fairly new practice, however, so there isn’t enough consolidated data on the number of persons hired through such new-age, off-beat processes. But one thing seems clear: Companies that are following this method are engaging with more millennials.

Like Unilever, L’Oréal too has a Facebook career page (with over 272,000 followers). The cosmetics brand uses the space to engage with potential employees by sharing stories from existing staffers. Mohit James, director, human resources (HR), L’Oréal India, says, “We have seen better engagement on the company’s career page when we have shared testimonials, as against targeted marketing campaigns."

Social media is not the only non-conventional way L’Oréal hires. Every year, the company hosts a “Brand Storm" contest, inviting business schools across the country—such as the Narsee Monjee Institute of Management Studies, Mumbai; the Symbiosis Centre for Management and Human Resource Development, Pune; and the Institute of Management Technology, Ghaziabad—to participate. Teams have to showcase their marketing skills through a case study presentation and compete at the regional, national and international levels. Winning the contest, however, does not guarantee a job at L’Oréal. “If we feel that someone has the spark, we hire him/her," says James. In the last five years, L’Oréal has hired around 25 people through this contest.

Three months ago, marketing and consulting firm Sapient launched “Troublemakers", an online recruitment campaign to try and increase its employee headcount by 20%, to a total of 10,000, by 2016-end. Last month, after shortlisting six candidates who had earlier cleared two rounds of interviews, the HR department conducted a final round in the Metro to Gurgaon, adjoining Delhi. Four candidates were hired.

The interview in the train was to “judge the applicants’ adaptability to a change in their immediate environment, speed of thinking and razor-sharp focus amid distraction and chaos", says Kameshwari Rao, vice-president (people strategy) at Sapient India.

With 90% of Sapient’s employees falling within the 25-27 age bracket, the company says it wants to reach out to millennials in a way that appeals to them. Since the launch of “Troublemakers", the company’s career page has seen a 2.5 times increase in the number of job applicants.

Sapient’s digital marketing agency, SapientNitro, has also used innovative means to find the right fit. In June 2015, the agency launched a Facebook campaign, “The Awesome Job", to look for an ambassador for its client, liquor firm William Grant & Sons, and sought recommendations for the post. 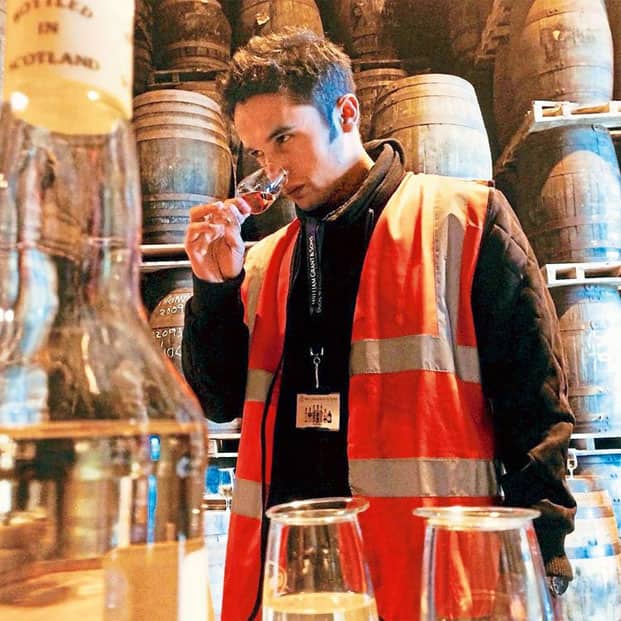 The recommended profiles were put up on the campaign page for a vote. Of the top three candidates, 28-year-old Rohan Bhardwaj was chosen after background checks and discussions between Sapient and William Grant & Sons. “I think it would be fair to say that had it been advertised in a newspaper or a job portal, it would not have had the same impact on me. Businesses now have to be just as creative as the candidate they are hoping to attract," says Bhardwaj, who now works full-time as Grant’s brand ambassador. 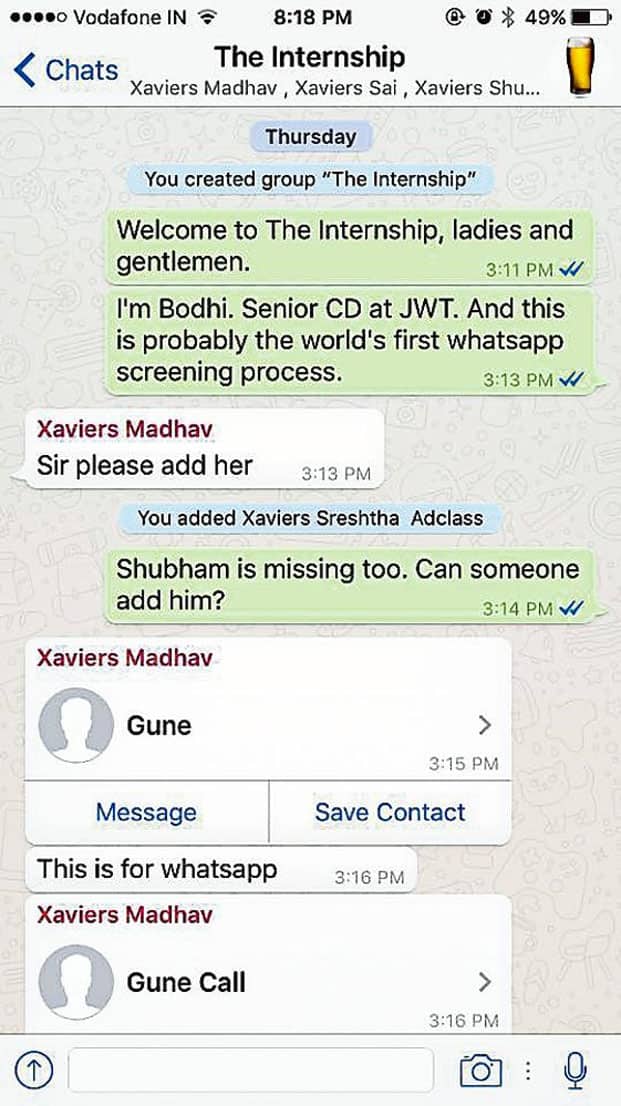 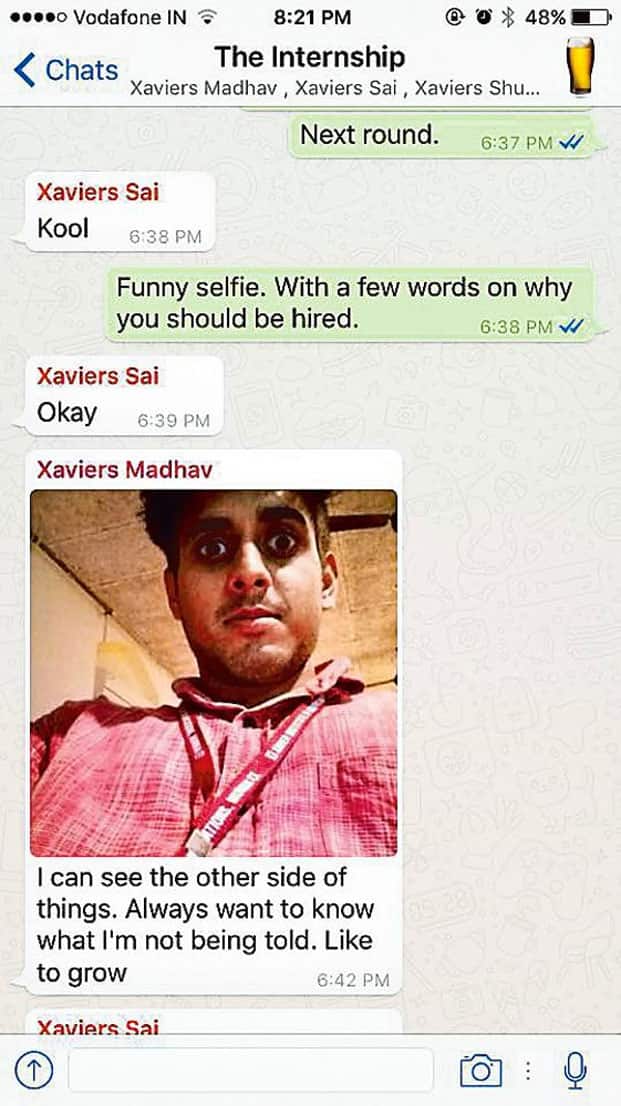 A creative job description demands a creative hiring pitch. Ask Gurgaon-based Bodhisatwa Dasgupta, who carried out a series of interviews on WhatsApp earlier this year to hire interns. “With applications coming from various cities, it would have been very time-consuming," says Dasgupta. So the senior creative director at the advertising agency JWT conducted interviews on the messaging app. “When you turn up for an interview, you have your ‘game face on’. But the nature of WhatsApp conversations—both prompt and casual—helps you easily understand the candidate’s personality," he says.

“It took me some time to realize that it was an actual interview and not a prank," says Shubham Gune, 24, one of the interns hired by Dasgupta through WhatsApp. “The digital medium helps our generation to open up. Throughout the interview, I was being myself, without any hang-ups or worrying about how I sounded or my impression," he adds.

Dasgupta’s methods may not work for every company, of course. “Such methods will be efficient for junior or mid-level hires, but not for senior roles," says Praful Nangia, a partner at leadership talent advisory firm Hunt Partners. He adds that e-commerce firms and start-ups are more likely to use such off-beat methods than investment banks.

Increasingly, however, creativity and engagement seem to be the new mantra in an age when off-beat is “in".