First-time people managers learn that leading a team is not about being great on the job, but understanding what individuals in the team want

Being a team manager is the first step in the path to become a leader. Sure it’s more responsibility but Sabika Mirza, chief client partner at experiential marketing company Tessarakt Experiential Pvt. Ltd, was excited about heading a team for the first time. With eight years of work experience, Mirza, 30, thought it would be easy—after all she understood the business well. But since she took a managerial role, she has realized even more important than understanding how the company operates, as a manager, she needs that one skill: patience.

Bengaluru-based Mirza says she spent the first few months after taking over as the leader, being exasperated with a team member. This person would bypass her and ask for advice or defer decisions to Mirza’s superior. Her mentor at the time, advised her to be patient and give the team member some time to come round. Eventually, the team member began to come to her with problems. Waiting paid off.

P. K. D. Prasad, 26, a user happiness leader at Decathlon, Bengaluru, now knows the value of being mindful of one’s tone and choosing words carefully. As a new leader, it was his job to check why a team member had not handled a customer’s query. Since the customer had a bad experience, the matter had escalated to the CEO. When Prasad asked for an explanation, his team member switched off her laptop and left. “In hindsight, before starting off with why she didn’t’ answer the query, I could have asked whether she was facing any difficulties or if the chat flow was high and then, broached the issue. It was a lesson in how important it is to address people correctly once you are a leader and not a peer," he adds. Teams include individuals with different personalities, skill sets and levels of comprehension. Mirza has learnt to become “extremely" patient managing a young, volatile millennial team. “My manager reminded me in the initial days that there is a reason why we have HR and it’s not my job to play that role. I had to learn to balance what people needed and what the company needed. I couldn’t get swayed by people’s needs and take on a team member’s work because I felt bad for them," says Mirza.

Being overtly empathetic is one side of this problem, the other is the tendency to not delegate effectively. Khushbu Chhajed, senior associate, MDP & Partners, a law firm in Mumbai, says that earlier if there was an issue, she would take over. But in the last three and a half years since she began managing a five member team, she has learnt to delegate and now guides her team to fix the problem instead of doing it herself. “Being a great leader is lot harder than it looks. Earlier, I didn’t encourage people to air their views. Now, I ask for their opinions," she says.

Shirin Salis, vice president, HR, Ingersoll Rand, an industrial manufacturing company, has noticed first time managers struggling with the temptation to do things themselves. In fact, she has also experienced it herself. The key is to resist such a temptation, she says.

When you are handling a “generationally diverse" team, communication becomes key to becoming effective. Sumit Patwardhan, technical manager, Ingersoll Rand, handles a team of five, comprising two freshers, two peers and one member who has more than twice his experience. Patwardhan, 33, has now learnt to tailor his approach based on the person’s work experience. While he handholds the freshers, the person with most experience gets more autonomy. What worked in his favour is that he never directly worked with his team before. “We started with blank slate and that helped . Otherwise, biases come into play," he says.

Not everyone has that luxury to lead people one has not worked with before. One of the big challenges for Veronica Unugboji, associate manager, Optimization Services, Oath (formerly Yahoo!), was to get the team to accept her leadership. She had to demonstrate why she was chosen to lead a team of nine, most being her peers. “I remember dealing with this person in my team, who was the same age and had been in the company for similar number of years. Once he figured I had more expertize than him, things settled," says Unugboji

Sorting out each team member’s problems can be a time consuming affair. And it eats into the team manager’s own work. Patwardhan tackles this by encouraging his team to find the solution themselves first and if the problem continues, then seek his help. “This approach has helped me in establishing a sense of responsibility in the team. Mostly, their solutions are on the right track," he says. Unugboji, on the other hand, shares her calendar with the team, letting them know she mustn’t be disturbed. “On Fridays, I have a no meeting policy," she says.

Mirza feels that feedback is essential for her growth as a first time team leader. In a recent review, her manger pointed out that she played favourites in the team. Instead of viewing it negatively, she accepted the feedback and is working on it. “I hang out with people, who talk like me and have similar interests. That happened in the team too. People who don’t have similar interests felt left out. I was actually getting into groupism without realizing it," she says.

DDI India, a talent management consultancy, published a report on first time managers five years ago. “The foundations of leadership skills are still grossly underdeveloped for first time managers," says Amogh Deshmukh, managing director, India, DDI. Some companies have taken the initiative to help first time managers to smoothly transition into the role. For instance, Decathlon has incorporated a system of mentor and leader for first time managers, this year. The process is more formalized and comprehensive at Ingersoll Rand. Termed the IR way, the program has two modules. In the first module, the new manager is exposed to internal and external facilitators and in the second, the focus is on talent management. One advice from these sessions Patwardhan will not forget is about how to build trust and retain it.

For Unugboji, the worry was managing high performers. That’s when her boss told her to network more. “The more I network, the more opportunities I will find across the company and help my teammates. As a first time manger, we forget that we need to make connections in order to build bridges for our team," she says. 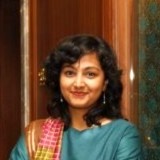