Home / News / India /  Bengaluru news: Looking for house on rent? You might need a degree from IIT, IIM
Back
Share Via

Bengaluru news: Looking for house on rent? You might need a degree from IIT, IIM

If you thought an IIT-IIM matrimonial site on social media platform Facebook was the height of bizarre, wait till you hear what Bengaluru landlords demand from their tenants. It seems a degree from IIT, IIM can not only be your ticket to a marriage with a fellow IIT, IIM, but also a place to live on rent in Karnataka's capital city.

A Vellore Institute of Technology graduate was refused by landlords because the latter was not a graduate from IIT, IIM, ISB or a CA by profession. Other criterions that have emerged over time to secure a house for rent in the Silicon Valley of India is that the tenant have a strong LinkedIn profile.

Big Eyes Coin Roars With $23M Presale As Bitcoin and Do ...

Priyansh Jain, a alumni of VIT, took to Twitter to share screenshots of his conversation with a broker in Bengaluru, who said that he would not be able to give the flat on rent to Jain considering he was not from IIT, IIM, or ISB.

"#Bangalore flat owners, why do you do this?? P.S looking for a single vacancy (preferably vegetarian) near EGL(Indiranagar, Domlur, HAL). Flexible budget based on how good the flat isBonus: I can also teach house-party/campfire guitar

The homeowner owner was looking for people from a specific background. They asked about Jain's office and college details. In the screenshot one can see that Jain, who is a software developer engineer, mentioned he works for Atlassian, an Australian software company and that he was a ‘vegetarian’.

Assuming his chances would gallop to glory of landing that house if he mentioned he was vegetarian, Jain took the course. However, the broker was insistent on finding out about Jain's alma mater and upon knowing that he was from VIT, the broker rejected Jain's pea to rent him the flat.

It seems, Bengaluru homeowners, have now started considering your religion, sex, marital status, AND you LinekdIn Profile and educational background too.

In another post shared by Jain, he shares a conversation with another broker over WhatsApp where the broker asks him about his company where he is employed and then demands his LinkedIn profile link to be eligible to rent  a house in Bengaluru.

The world’s biggest planes are finding their way back i ...

Notably, Jain's post became viral and has been shared by many. Jain has replied to some , also pointing out that he still has not been able to get a house on rent in Karnataka's capital city.

A similar post has become viral on Twitter in 2021, which showed that landlords in Bengaluru have been doing this for quite some time.

Jain's post garnered mixed responses on Twitter. Many residents who have suffered similar incidents said that such practices are prevalent in Bengaluru. One of the users wrote that it was not just happening in Bengaluru but had also started in Hyderabad.

Some also favoured the practice of landlord in Bengaluru and said "Owner is looking for a secure tenant who will be able to pay rent comfortably without any defaults hence the background check on college and workplace." 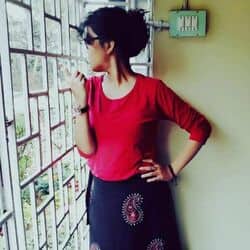