The world economy is experiencing a “synchronized slowdown" and in some of the largest emerging market economies, such as India and Brazil, the slowdown is even more pronounced this year, the new head of the International Monetary Fund (IMF) Kristalina Georgieva said on Tuesday. India’s economic growth slowed to 5% in the June quarter, the lowest over six years.

In her inaugural speech since taking the helm of the multilateral lender on Oct. 1, the IMF chief said trade tensions had "substantially weakened" manufacturing and investment activities worldwide. "There is a serious risk that services and consumption could soon be affected," she said.

The decline of the nice-to-have economy

Led by the US Fed

The IMF chief warned that there is a serious risk that services and consumption could soon be affected as global trade growth has come to a near standstill.

“In part because of the trade tensions, worldwide manufacturing activity and investment have weakened substantially," she said.

“This widespread deceleration means that growth this year will fall to its lowest rate since the beginning of the decade."

The IMF expects slower growth in nearly 90% of the world this year.

Referring to the impact of trade conflicts, she said that its cumulative effect could mean a $700 billion reduction in global gross domestic product (GDP) output by 2020, or around 0.8%.

"In this scenario, the whole economy of Switzerland disappears," Georgieva added.

Most objectionable ads by D2C: ASCI

Her warning comes ahead of the crucial trade talks between US and China, scheduled later this week.

“Everyone loses in a trade war. So we need to work together, now, and find a lasting solution on trade. This requires difficult decisions and political will. But it is worth it," she said. 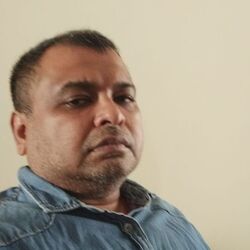 A newsroom person with close to two decades of experience with print and online publications, I track stock markets, commodities and economy.
Read more from this author
Catch all the Business News, Market News, Breaking News Events and Latest News Updates on Live Mint. Download The Mint News App to get Daily Market Updates.
More Less
OPEN IN APP