Home / News / World /  How will the new UK immigration policy impact Indians, here's an expert take
Back
Share Via

How will the new UK immigration policy impact Indians, here's an expert take

Owing to the labour shortage, high and medium-skilled workers from India still have a good chance of gaining a valid work visa

The immigration situation in the UK is becoming a tough nut to crack for Rishi Sunak. On one hand, new data shows the net migration in the country rose to an estimated record of 504,000 in the year to June, while businesses are lobbying for more visas for overseas workers owing to the acute labour shortage in the country. As more developments come it would be interesting to see how the visa situation shapes up and how it can affect foreign students and people on work visas.

How the immigrants on the work visa are likely to be affected?

Despite some of the anti-immigration messaging coming from sections of the government, there remains an urgent need for workers in Britain and in the short to medium term at least, the only option many businesses have is to seek personnel from overseas.

Dealers and buyers are both worried cars are too expensive

Can the power grid handle a wave of new electric vehicles?

For this reason, high and medium skilled workers from India considering a move to Britain will still have a good chance of gaining a valid work visa, Yash Dubal, Visa Expert and Director, A Y & J Solicitors, United Kingdom, a London - based immigration consultancy and Solicitors told Mint.

In fact, in 2022, Indian nationals received nearly 103,000 Work visas (which includes skilled and seasonal workers) – a 148% increase over the previous year. Indian nationals continue to be the top nationality granted Skilled Worker visas, accounting for 46% of all skilled work visas granted globally.

Now, as work visas are less likely to be clamped down, the only option left is to put restrictions on foreign students entering the country.

Dubal said, “It could be that from next year rules may change to limit UK student visas and more likely to limit student dependants visa."

Explaining the sudden influx of immigrants in the country, Dubal pointed out a number of dependents come to the UK with spouses and parents on student visas. This is exactly what Sunak wants to target.

Why there is a sudden urgency to reduce migration in the country?

British Office for National Statistics (ONS) recently published data show, the net migration in the UK rose to 504,000 in the year to June 2022. The surge is higher than pre-Brexit levels. Most arrivals were from non-EU countries.

Now, AI-powered robots will save lives in Goa beaches

An estimated 1.1 million long-term immigrants arrived over the period, up 435,000 on the previous year. The biggest proportion of those leaving Britain were EU nationals. Three new visa schemes - for Ukrainians, Afghans and Hong Kong British nationals - together added around 138,000 to the number of arrivals. Apart from that students also make up a large proportion of the arrivals.

Dubal says, “Since the figures were released this week the UK government has come under intense pressure to reduce migration, particularly as this was a manifesto pledge for the ruling Conservative Party in the last general election in 2019." 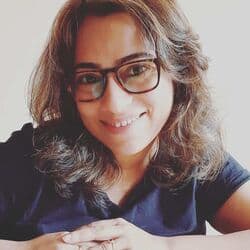