The gruesome murder of Shraddha Walker in Delhi, who met her killer Aftab Poonawalla on Bumble, has again put the online dating apps on the social radar. Walker’s murder has exacerbated fears among several young Indian women who frequently use dating/matrimonial apps. A 30-year-old professional told Livemint that she would rather have a decade-long dry spell than hopping on Tinder (a dating app). A Delhi-based girl said she quit a conversation with a man on Jeevansaathi.com and uninstalled the app after Walker's case.

The horrid case has become the latest reason for women to abstain from dating/matrimonial applications, from the existing--financial frauds and sextortion.

Policy and regulatory focus on transition to support su ...

When dating apps were first introduced in India-starting with Tinder in 2012-they vouched for users' safety. But people today are treading these romance applications carefully.

In India, every month thousands of scams are reported on these platforms in which the biggest victims are women and people from the LGBTQ community, Ritesh Bhatia, a Cyber Crime investigator said. According to Bhatia, cases of sextortion are prevalent in tier-3 cities while romance scams and financial frauds on dating/matrimonial apps are pervasive in tier-1 and tier-2 cities.

Many women on Tinder, Bumble, and Hinge spoke to Livemint about their experiences of scams, assaults, and blackmail.

WHY WOMEN ARE THE BIGGEST VICTIMS?

According to Dr Prerna Kohli, Clinical Psychologist & Founder MindTribe.in, someone being more susceptible to fraud is not necessarily because of gender or a set of personality traits but being in a vulnerable position. Dr Kohli said in a situation like romantic breakups, sexual dry spells, and loneliness, people usually fall in the trap of scammers.

CyberPeace Foundation said that women from tier 2 and 3 cities are most vulnerable on such platforms because they are often enticed on a fake pretext of a better life or employment opportunities and, are subsequently lured into crimes like cyber-enabled human trafficking.

How an online dating scam usually begins? What techniques do perpetrators use?

Nirali Bhatia, Cyber Psychologist, and Psychotherapist shared some of the traits of a fraudster on social media apps and dating/matrimonial platforms. There are two kinds of perpetrators one is running a scam, which is throwing bait to anyone and everyone. Another is a "targeted" scammer, whose target is a gullible woman.

TOP GADGETS See All
MORE FROM THIS SECTIONSee All

Left your smartphone in Ola, Uber cab? Things you can d ...

While the former's motive is to make money out of the victim. The second category of scammers targets women, either to take "revenge", or they enjoy the sadistic pleasure of victimizing in different ways, like harassment, and physical and emotional abuse. Such perpetrators are sociopaths or narcissists.

They initially talk around the bio, mentioned on the victim's profile. A clever perpetrator reads all the digital footprints of its target. And pretends to be an "ideal partner". They have a dominant personality then they are looking for a submissive personality.

HOW LONG DO THE VICTIMS REMAIN TORMENTED?

The victims are gaslighted for months due to sudden ghosting by the perpetrators after achieving their purpose. Nirali said that women become paranoid and withdraw themselves from all kinds of activities. "It is a cyclical process which starts with anger, then the victim feels helpless, and then betrayal," Nirali said.

According to her, sharing the grief and pain with close ones about the scam helps the victim to recover faster. "The ones who do not have the opportunity to confide in someone they can trust, such victims suffer for a very long time," the psychotherapist added. Additionally, Dr Kohli said that "accepting the emotions" and "self-care" are the other two ways to heal from the trauma.

"These are some ways that can help you feel better and take care of yourself such as leaning on your support system of caring family and friends, taking time for self-care activities, and not getting caught in negative or distorted thought patterns associated with the fraud/scam," Dr Kohli, Clinical Psychologist said.

She also advised, "If you can’t get your thoughts or emotions under control, find a counselor to talk to".

Livemint reached out to some dating and matrimonial platforms to find out what actions they take in case of such incidents.

Dating platforms didn’t give birth to online love. People started chasing their ‘Bollywood’ love stories ever since they could instantly message each other on the internet. But these dating/matrimonial platforms claimed that they have elaborately laid out security features for users.

Shalini Singh, founder of andwement, a matchmaking service for single urban Indians said they included safety features like "verifying user profiles and offering subscribers the option to report suspicious activity". Shalini also said they educate "subscribers to be careful and sensible while meeting someone from andwemet".

Anuradha Gupta, Founder & CEO, of Vows for Eternity﻿, a premium global matchmaking service said they have a multi-step verification process. "We do multiple conversations at different stages within the membership which is a strong technique in keeping data accurate. Every member has to submit identity data when they come on board and we conduct face-to-face meetings virtually or in person with every member that signs up," Gupta stated.

Tinder claimed that it “works closely with law enforcement".

Bumble is yet to respond.

WHO SHOULD BE RESPONSIBLE FOR THESE SCAMS?

Livemint spoke to several cybersecurity experts and mostly said that the platforms should hold responsible for the scams.

Maheswaran Shamugasundaram, Country Manager- South Asia, Varonis said, "It should be a collective effort wherein the company should have preliminary screening and checks in place to avoid any scams".

However, users should be educated on things to keep in mind while dating online, he added.

Harshil Doshi, Country Director- India, Securonix also stated that the primary responsibility of the scam lies with the platform. Doshi said that the platforms are more concerned about "customer acquisition/growth than user safety". Hence, consumer awareness programs are not the priority. There is a need to bring in stringent regulation for dating/matrimonial platforms as we are directly dealing with the well-being of an individual".

Ritesh Bhatia said the intermediaries should be responsible for these scams. He said if the apps have access to the phone's gallery and SMS of users, then they must also be aware of genuine and fake users.

Nirali Bhatia also shared a similar view about the dating/matrimonial platforms, but she also said that the users must also apply their common sense. "Technically, everything is possible, the problems are with the intent of the company. If the platform's algorithm is matching users' likes and dislikes and throws them relevant profiles. The same way the algorithm can match if someone is flagging off something, then these apps must map it," Nirali added.

Further, she pointed out that government also needs to make stringent rules regarding these scams and sextortion. “Government should make policies where these apps must be held responsible in case of any mishap with a user," Nirali averred.

NS Nappinai, Supreme Court Advocate and founder of Cyber Saathi clarified that whilst platforms have safe harbour exemptions with respect to what’s shared by third parties law imposes several responsibilities and liabilities on them. She pointed out the new Intermediary Guidelines of 2021 on the inclusion of voluntary process that platforms could include giving an identifiable mark for ‘verified accounts’ to protect against fake or imitation accounts. She added that each of us as users should be vigilant and not believe everything we see or read online. For whilst a fake photo may be used it could be anyone including a child predator on the other side of the screen’ cautions Nappinai.

Nappinai added that strict and wide liability is now placed on platforms by the Government through the Intermediary Guidelines of 2022 as they have to ‘ensure compliance’ with the protective measures law mandates.

Nappinai added that ‘All stakeholders need to use online platforms in a responsible manner’. We as users should not relax our natural caution just because we are online and platforms cannot shy away from their responsibility and liability. Ultimately it also boils down to effective enforcement by law enforcement agencies. If systems are not functioning effectively then criminals will be emboldened’ she added.

CyberPeace Foundation laid out some of the measures taken by the government such as helpline numbers, deployment of cyber police stations and cells in districts, and the zero FIR rule. It said that since dating/matrimonial platforms are the mediums of cybercrimes, "These platforms have the duty to be compliant with the laws of the land and hence to keep the Indian netizen safe, Dating/matrimonial platforms need to efficiently fulfill their digital duties and responsibilities," it added. 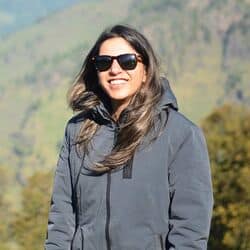 I write about gender-related issues, women's rights, women empowerment, gender equality, women's health topics, and their wealth management. Also, profiling women who have fought all odds to make their own identities in their own rights. Before Mint, I worked at Business Today and Business Standard. I studied journalism at IIMC, Delhi. Got a story idea? Email me at mansi.jaswal@htdigital.in
Read more from this author
Catch all the Technology News and Updates on Live Mint. Download The Mint News App to get Daily Market Updates & Live Business News.
More Less
OPEN IN APP